TARA Labs is known as the worlds' leading manufacturer of high-end audio cables. For almost thirty years, TARA Labs' commitment to quality and craftsmanship has enabled us to cater to the purest of audiophiles and music aficionados throughout the world. TARA Labs continues to lead the high-end audio cable industry in innovative technology and designs. All cables are manufactured in our facility in Ashland, Oregon, USA. 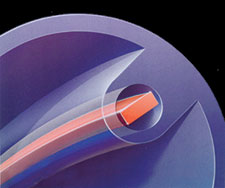 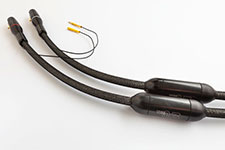 The introduction of the ISM Onboard technology eliminates the need for outboard components on all our ISM Onboard series cables. By utilizing a superior new woven composite dielectric, and design that displaces the shield even further from the conductors, the Onboard capsule exponentially decreases coupling of shield born energy with signal, resulting in a dramatically lowered noise floor. The ISM Onboard capsule is an exceptional in eliminating electromagnetic & radio frequency interference. (EMI/RFI) 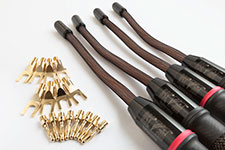 The new "Isolated Air Tube" from TARA Labs is a proprietary extruded air tube which eliminates the need for the typical dielectric construction commonly used in interconnect cables. Using hollow channels along the inner wall of the main air tube, the positive and negative conductors are isolated from each other with absolutely minimal dielectric minimal dielectric absorption and coloration of the audio signal. No unnecessary dielectric materials fill the space between the conductors. Due to the absence of typical dielectric or insulation construction in the cable. The result is an extremely open and revealing cable, able to transfer subtle detail and ambient information without distortion or coloration. 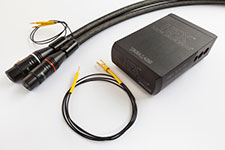 The HFX Floating ground Station is an extraordinary component that is included with all Zero and Reference Extended Bandwidth cables. TARA Labs proprietary ground station is made of mil-spec aluminum alloy. Our specific metallurgical properties allow for the reduction of RF and electromagnetical resonance; EMI/RFI. It's 18.23% heavier and stronger than aircraft-grade stock. Equipped within the HFX station is a patented ceramic binder called "Cerelex." Because the HFX functions completely outside the signal path, its ability to dissipate and eliminate the effects of EMI/RFI (Electromagnetic interference & Radio frequency interference) which also includes sonic distortion, noise, "snow", and lack of image clarity. The performance of this component, as well as its elegant appearance is quite exceptional.

The "TARA" in TARA Labs is an acronym for "The Absolute Reference Audio." Since the company's beginnings, TARA Labs has been known among audiophiles as a manufacturer whose cables set the performance standards and whose technological innovations and patents constantly advance the frontiers of the industry.

TARA Labs started in Sydney, Australia in 1986. They began by developing cables and experimenting with different types of conductors. An early result was the Phase II speaker cable which was submitted for review to Stereophile magazine in 1988. The response to the very favorable review from this little-known cable manufacturer was overwhelming. TARA Labs moved to the United States later that year.
The introduction of Rectangular Solid Core® cables in 1992 is an example of the type of innovation that is responsible for the continuing success of TARA Labs. RSC® cables are the only cables in the world to use a solid, extruded conductor with a rectangular cross section. These conductors improve on the performance of regular round solid core conductors by having the current-carrying capability (power) of a large conductor, combined with the frequency linearity (musical accuracy) of a small conductor.

Innovations such as the worlds' first Vacuum Dielectric, Pressure Stranding, as well as the introduction of Isolated Shield Matrix™ technology, which uses the world's first completely isolated, floating interconnect shield and a separate unit called a Floating Ground Station (HFX) to remove radio frequency interference and electromagnetic interference from the audio signal.

Today TARA Labs produces a full range of cables and accessories which are sold through dealers throughout the U.S. and in over 38 countries worldwide. TARA Labs has earned the reputation as having won more professional reviewer awards than any other cables in the world for twenty years.

About Us
Contact Us
Devon Scott, President of Sales & Marketing Bio